This isn't my typical "funstuff" post, but it's still pretty fun.

Until recently, we owned a 2013 VW Jetta TDI (his) and a 2009 Chevy Suburban 1500 (hers). That began changing about a month ago, when the Suburban died of old age... the transmission went at 210k miles. We were able to get a modest sum for it in trade on a 2010 Lincoln Navigator, and this is my wife's new vehicle. We bought it with about 146k miles on the clock, and have added a few thousand to it already. So far so good with that one.

Except for one thing: our family culture includes hauling our 18' travel trailer on trips to state campgrounds, and I had a really bad feeling about towing with the Navigator.

See, I have learned that there are vehicles that "can tow," and there are vehicles that are "made to tow." I've done "can tow" before (pulling a popup with a minivan), and I've done "made to tow" (pulling trailers with our Suburban and a friend's Dodge Ram 2500). After towing with "made to tow," I didn't want to go back to "can tow," so we had to decide what to do about this. (Our Navigator does not include the tow package, so the transmission cooler, brake controller, and whatever else would have to be added to it.)

I didn't want to do all that work on the Navigator (again, "can tow" vs "made to tow"), and we didn't want to stop going to state parks. Eventually we decided that, rather than modify the Navigator or change our family culture, we'd change my vehicle -- this was always the eventual plan, it just wasn't today's plan.

I have been looking for a crew cab pickup truck for a while, well over a year, to replace the Suburban. Over that time, I have seen several interesting trucks and have driven a few but never found exactly what I wanted -- but I sure enjoyed looking at them, and it was good to get an idea of the price of a suitable truck. Well, a local used car lot had a Ford F-150 XLT SuperCrew 4x4 on the lot for two months, and I just couldn't get it out of my mind. This particular unit has offroad and max trailering packages, so it is a good fit for us, and we decided to have it checked out. The mechanic reported that it had one small, cheap-and-easy-to-repair leak, and that it was otherwise in excellent condition, so we decided to buy it.

The weekend after we got it, my sons and I towed the trailer to a local state campground, and the truck did pretty well except for the squat. The squat seems to have been caused by the front leveling kit a previous owner installed. As you can see from the pic below, I had the leveling kit removed. We will try towing again soon, and I expect it will be just fine now.

But, the previous owner also installed a Raptor grille, which I like, so that's cool. 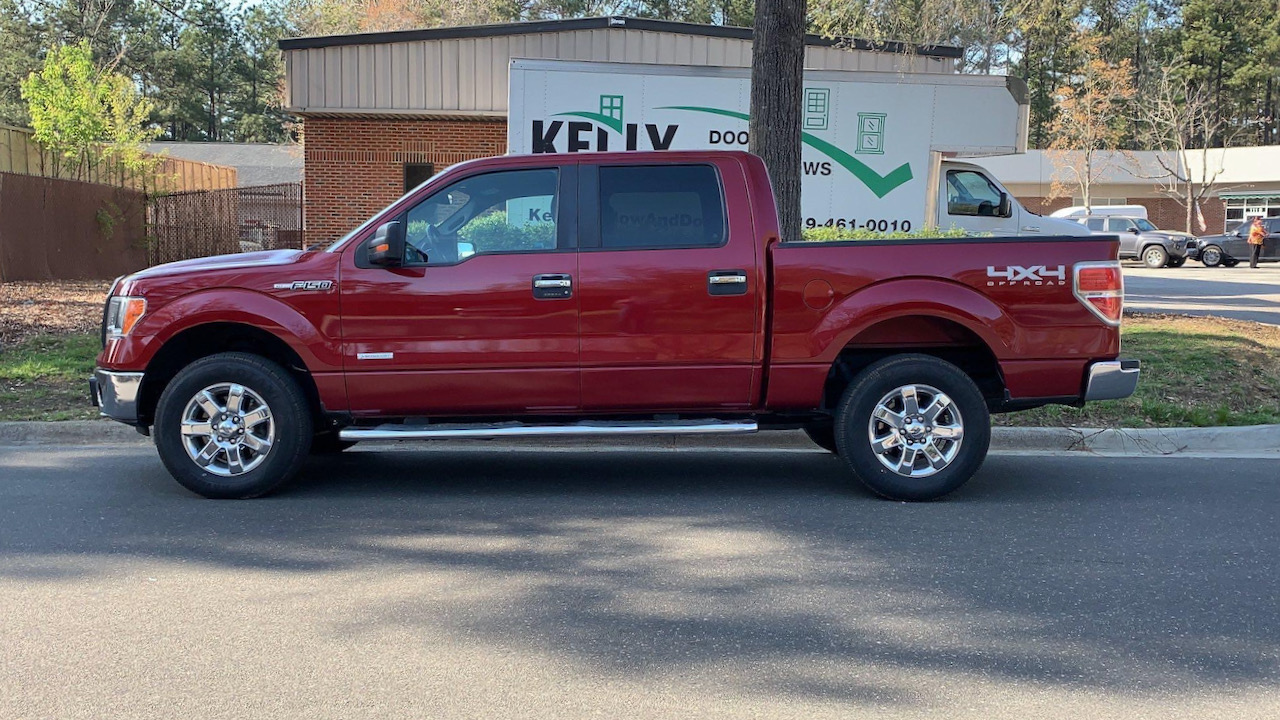 This site is about some of my interests: antique phones, Atari, watches, and electronics projects.